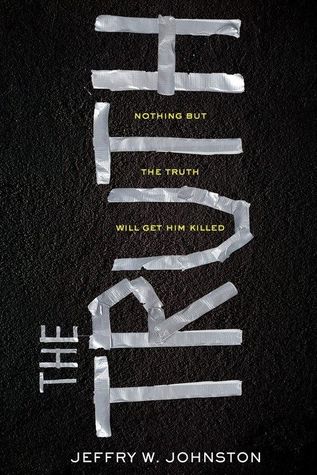 “One finger for each lie,” he says. “Do you understand?”–THE TRUTH

Trapped to a chair in a dark basement that he does not recognize, Chris is forced to tell the truth about the thirteen-year-old runaway who bled to death on his kitchen floor eight nights ago.

Eight nights ago, Chris, in self-defense, killed Derek’s brother. And people said to him, it was the right thing to do. But, Derek brings out a truth that is not so easy to digest.

I have mixed feeling about this novel. The end of the story is predictable and the plot a bit boring , apart from the dialogues between Chris and Derek—Chris’ torturer.

There are too many baseball scenes in the novel. These scenes gobble up and destroy the suspense created by the interrogation and confession scenes, breaking up the tension too fast and too soon.

Nonetheless, in the hands of the right educator, this novel could become a great discussion and debate tool.

The key takeaway from the novel, hidden underneath dysfunctional families, moody teenagers, and guilty human beings, is that there are no absolute truths. Truth is always relative to a person, a culture, a language.

“Everybody always says, “Do the right thing.” But sometimes the right thing isn’t clear. Sometimes you just have to choose and then live with the consequences the best you can.”

There are no absolute truths, just decisions and consequences we have to face and accept.

Follow Ink n Paper: Books, Reflections, and I on WordPress.com