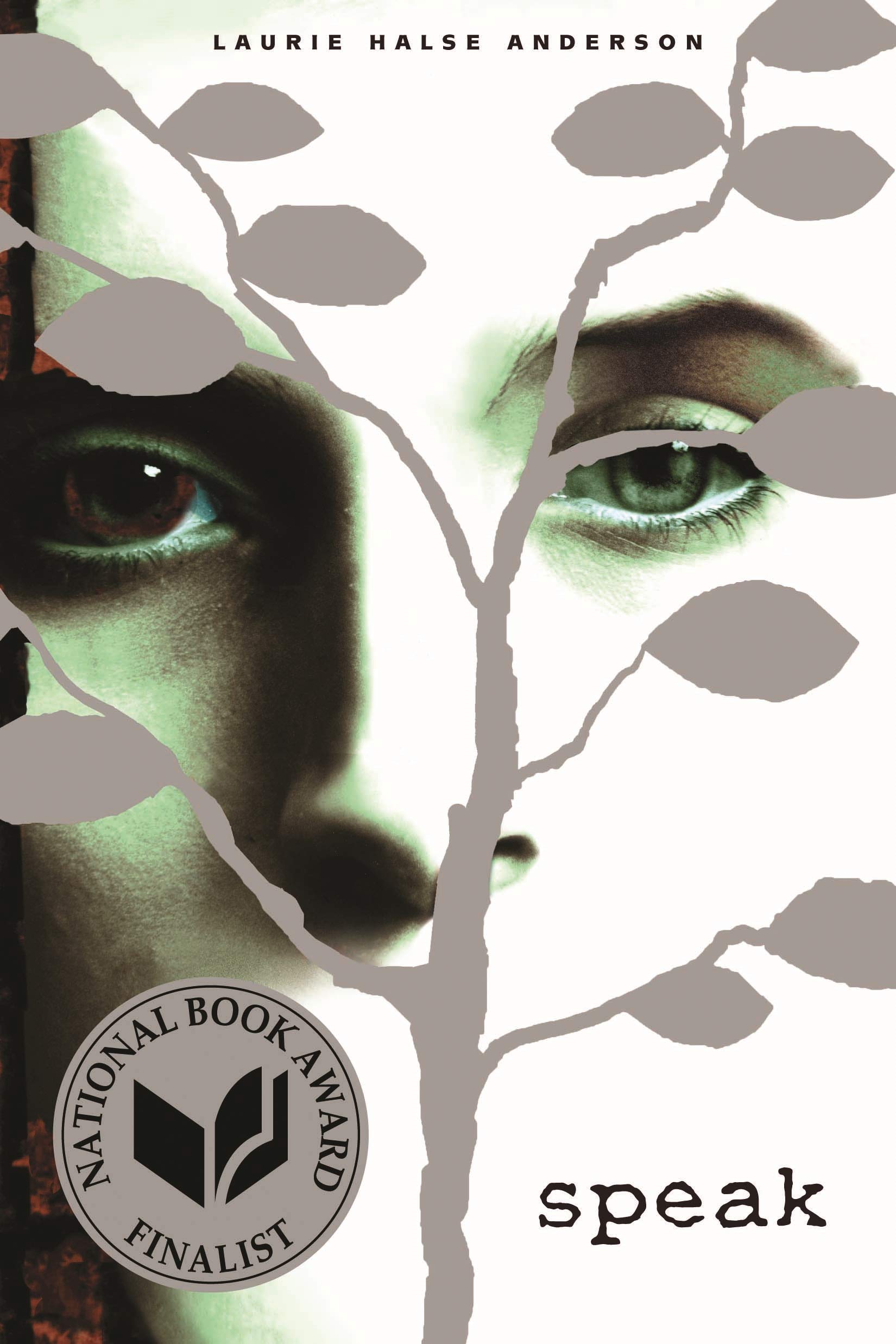 Some critics say this is a novel that should be hidden from students. Some people say this novel should be banned from all the library shelves and from all classrooms. Some parents say that the book is “soft-pornography [and it] glorifies drinking, cursing, and premarital sex.”

“this book cracked my shell

It keeps hurting I hurt, but

But your book cracked my shell.”

When a novel written for young adolescents  is banned by adults, but it is loved by teenagers, it should be read in each and every school!

As Laurie Hanse Anderson said, ” Teenagers need [adults] to be brave enough to give them great books so they can learn how to grow up into the men and women we want them to be.”

Melinda is raped by a high school senior during a summer party. She is 13 years old at the time of the rape. She keeps the episode to herself as she tries to survive her freshman year.

YES, the novel deals with a difficult topic (rape).

YES, parents and teachers are often not prepared to deal with such a difficult topic that requires thoughtful discussion.

Hiding things that we don’t want to see, does not make those things go away.

Speak is more than a novel about rape.

From a family that communicates via post it notes, to a school that does not see a girl sleeping in the janitor closet, Speak touches so many aspects of our society and its flaws. A society in which teenagers, parents, and teachers are separate entities, living on the verge of depression, lies, and denial.

Speak is not a novel that should be banned because, beside rape, it touches so many other important issues such as diversity, immigration, gender issues, the flaws of the American school system, the changing American family, and adolescence. These issues are presented to readers from Melinda’s point of view, which is cynical yet funny; ironic yet sad.

The novel opens our eyes to what a teenager feels, sees, and dreams.

It is a novel that will silently crawl under your security blanket to stain it with insecurities and new convictions.

It is a novel that will peel away the glossy paint of lies from the fairy tale wall built by our society.

The world is not a fairy tale.

Banning a good novel from society does not make our society better.

When we hide a good book under the sand, we only create big, dark holes—holes that eventually will weaken the ground around our make-believe fairy tale castle of lies.

SPEAK the truth and be real, ALWAYS.

P.S.: If you are a teacher in search of cool ideas, check   teaching ideas and classroom activities related to this book!

Follow Ink n Paper: Books, Reflections, and I on WordPress.com